This newly remodeled split-level home had a flat front with no profile or welcoming entrance. Illinado designed and built this portico to create a space big enough to engage in conversation, but not so large as to obscure the view from the front of the house. The additional profile gave the house more depth and character. All composite decking is maintenance free and has great color options! 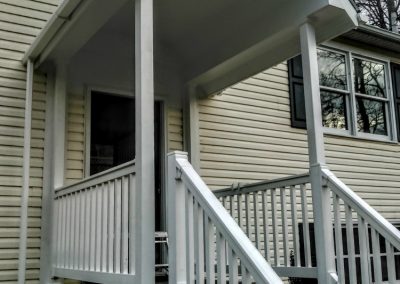 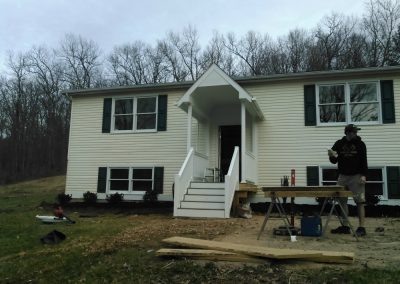 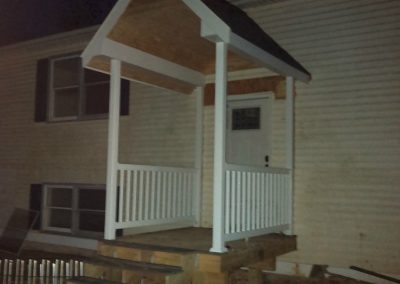 I had Illinado redo my 3 and a half bathrooms, one from scratch. The basement bathroom, of course, took the longest because they had to rewire, re-plumb, build walls, extend the vent and all went as planned. Any glitches were house issues not Illinado issues and were resolved quickly and professionally.

There were times were I was undecided with color schemes or tile sizes or which faucet/shower units to look at and Mike really was creative with his suggestions. My favorite bathroom is the bathroom I told him to do how he wanted. Don’t get me wrong, the others are excellent too, but I chose those tiles in those rooms because I wanted every bathroom to be different. His choice of tiles was better. Each bathroom is different which is very refreshing. I’m very impressed with their work. Mike took the lead on the projects and had his partners working hard. They explained their work carefully and how certain things had to be done in sequence and any glitches that occurred were resolved immediately.

If I had another 3 bathrooms in my house, I would get them to remodel as I love their work. I think I will even buy another house just so they can redo it! Awesome team, awesome job! Thanks Chaps!

GET WHAT YOU WANT AND NEED